The Serpentine Path [Going In] 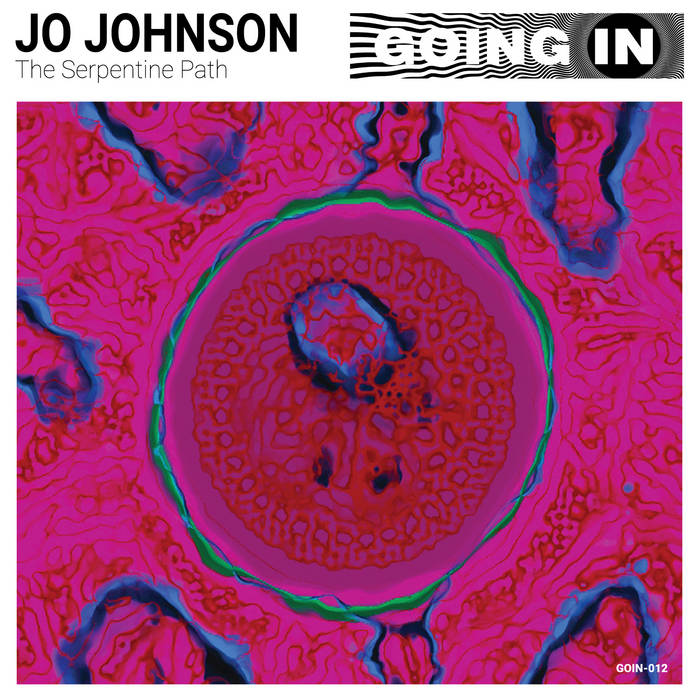 Listen and purchase at the Going In Bandcamp page: goingin.bandcamp.com/album/the-serpentine-path-going-in-012

"Outward pathways have long reflected inward ones. Pre-modern man followed well-worn animal tracks that later became pathways for pagan procession rituals, which later were co-opted by early Christianity. In the Middle Ages, it was the dream and destiny of many to seek pilgrimage via these pathways. When times of political turmoil upended one’s ability to travel, labyrinths laid on religious grounds provided a kind of solution: the path could still be walked, the many steps could be taken, even if this gesture was symbolic. The Serpentine Path, Jo Johnson’s release for Going In, uses this idea as its point of inspiration.

"Johnson’s idea of the labyrinth is linked to a sense of refuge. She says, “We've all learnt to take journeys without leaving home in the last 13 months. When I made this piece, my partner Emile and I had been locked down for four months and there’s a sense of dreamy isolation, and an otherworldly level of repetition as we revisited the same locations again and again.” Originally premiered during Going In’s recent streaming festival, The Serpentine Path is one more stone laid in Johnson’s rich musical history. She’s been a member of the cult riot grrrl outfit Huggy Bear, she’s an avid listener of cosmic jazz, she’s played alongside techno greats (Donato Dozzy, Surgeon) at revered festivals like Freerotation and Parallel, and her debut full-length on Further Records, Weaving, was hailed by Pitchfork as “a remarkably accomplished take on ambient music.” Undoubtedly, Johnson is a true musician: one who has allowed her sonic palette to evolve over not years but decades, and whose curiosity has resulted in a rare and remarkable versatility.

"Musically, the work brings to mind a sense of perpetual lap and overlap, not only in the footfalls of the conceptual labyrinth, but in nature’s repetitive patterning: the etchings of wind on water, river currents moving downstream, branches of trees pinned against the negative space of sky—all images collected by Jo herself and used in an accompanying video she created specifically for this arrangement. Throughout The Serpentine Path, Johnson weaves dreamy sequences that fill the space with echoes—no hard lines, only soft peaks and valleys. A single repeated note engenders hypnosis right away. Synth melody bursts with fervor around a moment, then imperceptibly dissolves. A hazy, sustained chord ushers in arpeggiation. At moments, Wordsworth’s definition of poetry comes to mind: the spontaneous overflow of powerful feelings...emotion recollected in tranquility. The cup doesn’t quite runneth over, but water is always brimming on the edge. The vitality of emotion is harnessed, and it’s at once contemplative and bright. Ultimately, The Serpentine Path is joyfully meditative, which—one could imagine—may have been the mindset of those pagans and pilgrims seeking transcendent experience or communion with the divine, via their intentional wanderings.

"Each time a synth melody is introduced, its simple elegance holds the listener, keeping them entranced. It’s as if Johnson is practicing magic, or some mild slight of hand. And yet little is pre-meditated here; the piece was recorded in a single take. The improvised nature of The Serpentine Path is proof of Johnson’s masterful skill; it is the work of someone seasoned and evolved, and yet it also contains a quality of innocence. It brings to mind the mystery of a stone circle, or the discovery of a hidden wellspring in the woods. As the piece winds down, a single high note hovers above the landscape, as if the seeker has transcended the earthly realm, or in the very least, finished the end of a cycle. Perhaps, in the end, The Serpentine Path is about circles and cycles: the seasons moving through time, or the season’s of one’s life. Johnson’s work makes you wonder—in the best way—do we ever really go anywhere but in?

Instructions to view the video included in .text file in bonus items. Available only via Going In: goingin.bandcamp.com/album/the-serpentine-path-going-in-012

Bonobo stops by to talk about his new record Fragments